IESA Report “India Semiconductor Market Report 2019-2026.” reveals that the Indian segment of electronic systems design and manufacturing would play a key role in the growth of the country’s end equipment market. Touching on global shortages and Indian production, an IESA report found that only 9% of India’s semiconductor components were procured locally last year. To see also : Nvidia and Intel at the forefront of chip stock growth as economic optimism raises riskier assets. However, the government’s “Make in India” policy and the PLI for semiconductors are expected to change the game in space, further boosting local resources. This will increase local procurement by more than 17% by 2026. According to the report, some of the primary drivers of growth include accelerated digitization, dependence on complex electronic systems to process vast amounts of data, and the increasing use of technologies such as AI.

The government of the United Kingdom is in a semiconductor…

Furthermore, the report also pointed out that 80% of the total revenue in the Indian semiconductor industry comes from mobile phones, smart wearables, IT and other industrial components. In addition, as the telecommunications industry prepares to introduce 5G technology by deploying cloud networks, demand for semiconductors is expected to rise sharply. The report also focused on how the demand for semiconductors is driving the automotive industry and how it will lead to the development of the EV segment.

The IESA report also revealed that the evolving and changing nature of current geopolitical events will play a key role for industry players as they will have to look for partners for resources other than their existing suppliers. In addition, the growing acceptance of sustainable manufacturing practices is also forcing manufacturers to expand their supplier network. And according to IESA, India could emerge as the newest partner in innovation and a significant supplier in the next 10 years. This huge potential complements India’s goal of reaching $ 1 trillion in export value by 2030. In addition to creating a business opportunity for Indian industry, the report also points to the strategic importance of India playing a relevant and significant role in the semiconductor production supply chain.

Speaking about the reports, an IESA spokesman said: “Demand for semiconductors is growing astronomically worldwide. However, taking into account several factors, including the pandemic and global geopolitical events, component production is heavily influenced. IESA’s reports focused on analyzing the market situation, supply chain and outlook for India. They highlight key aspects and offer detailed insights. Although local production is currently low, India has huge potential to become a leading supplier in the coming years, provided talent and resources are used properly. If this is done, the semiconductor market could be a major contributor to economic growth, and India’s dream of becoming a $ 5 trillion economy could be fulfilled. Attached you can also find the key highlights of the report for your reference. 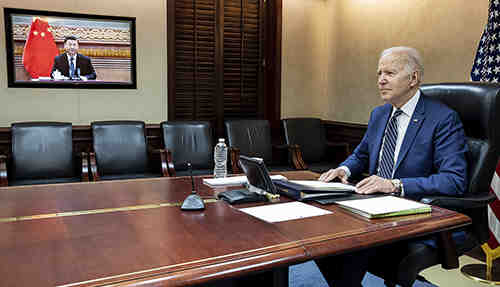 This may interest you :
Congress is “moving slowly” on the issue of power supply, the Commerce Secretary said
When Trade Minister Gina Raimondo appeared on Yahoo Finance in January, she…
Share

Why should you worry about semiconductor manufacturing? Texas congressmen say it’s more than business