Its potential $ 30 billion investment to expand its manufacturing capacity over the long term is the largest private sector economic investment in Texas history.

“Today is an important milestone as we lay the foundation for the future growth of semiconductors in electronics to support the demands of our customers for decades,” said TI President, President and CEO Rich Templeton. “Since our inception more than 90 years ago, we have been operating with a passion for creating a better world by making electronics more affordable through semiconductors. TI is excited to bring advanced 300mm semiconductor manufacturing to Sherman.”

Last November, TI announced that it had chosen Sherman to build its new factories. Founded in Dallas in 1930, TI is one of the largest employers in Texas and is the only semiconductor company based in Texas. Investing in American-made semiconductors helps avoid supply chain backlogs, especially since the majority of semiconductors are built overseas. Demand, particularly in the industrial and automotive markets, is expected to continue.

A Fortune 500 company dedicated to North Texas, TI has locations in Richardson and Sherman and as far south as Houston. Its employees design, manufacture, test and sell analog and embedded processing chips for markets such as industry, automotive, personal electronics, communications equipment and enterprise systems.

“Amid a global chip shortage, TI’s historic, long-term investment in Sherman will expand Texas’ global economic influence and benefit Americans across the country by strengthening our home’s semiconductor supply chain,” Governor Greg Abbott said in a statement. . “This new plant will be a boon to the hardworking people of North Texas, and I thank TI for its continued investment in the Lone Star State as we develop our growing advanced technology industry and keep our state a national leader in semiconductor manufacturing.”

The potential $ 30 billion investment includes plans to build four factories to meet demand over time, which is expected to support as many as 3,000 direct jobs. The new factories manufacture tens of millions of millions of analog and embedded processing chips every day that are used in electronics worldwide.

“This groundbreaking marks the next era of semiconductor production in Sherman, which promises to create decades of economic opportunities and improve the quality of life for the region,” Plyler said. “We are grateful for TI’s long and continued investment in Sherman and look forward to our continued partnership.”

TI’s announcement last fall came about the same time that Samsung said it was investing $ 17 billion to build a new facility in Taylor, Texas, to manufacture world-class semiconductors and microchips. It is the largest foreign direct investment in Texas on record, bringing Texas’s total investment to more than $ 47 billion since it launched in the United States in 1978.

Both TI and Samsung investments in Texas are expected to reduce future supply chain shortages and dependence on manufacturing in China.

Due to its strong capabilities in OEM wafer manufacturing and a complete industrial supply chain, Taiwan was able to differentiate itself from its competitors and dominate the global marketplace.

What happened to Dallas Semiconductor?

Does Raytheon have Texas Instruments? Immediately after the acquisition, DSEG became known as Raytheon TI Systems (RTIS). It is now fully integrated into Raytheon and this designation no longer exists.

Are Texas Instruments Made in Texas?

Texas Instruments has 14 manufacturing sites around the world, including several with multiple factories. To see also : Connecting MIT students with leading women in semiconductors. In the United States, it has plants in northern Texas and Maine.

Does Texas Instruments manufacture in China?

Texas Instruments (TI), an analog and embedded processing provider, has opened its first semiconductor manufacturing facility in China. The facility is located in the Chengdu High-Tech Zone (CDHT) in Chengdu, a city in the southwestern region of China and is considered by many to be China’s next major technology hub.

Is Texas Instruments based in Texas?

Where are Texas Instruments products manufactured?

Texas Instruments Incorporated (TI) announced on September 30 the opening of its manufacturing facility in Richardson, Texas. The company expects to move the equipment and facility in October.

What ever happened to Texas Instruments?

Texas Instruments also has further equipment to manufacture the seismic industry, and GSI has continued to provide seismic services. Read also : Top Semiconductor Stocks To Watch Now | News | republic-online. with. Following a sale (and repurchase) of GSI, TI finally sold the company in Halliburton in 1988, after which GSI ceased to exist as a separate entity.

What does Texas Instruments make now?

We Design Analog and Embedded Chips We design, manufacture, test and sell analog and embedded semiconductors that help our nearly 100,000 customers around the globe create differentiated applications in markets that include industrial, automotive, personal electronics, communications equipment and enterprise systems.

In early 1988, most of the GSI was sold to the Haliburton Company. Texas Instruments exists to create, manufacture and sell useful products and services to meet the needs of its customers around the world.

Texas Instruments has made progress possible for decades. We are a global semiconductor company that designs, manufactures, tests and sells analog and embedded processing chips.

Dallas Semiconductor, acquired by Maxim Integrated in 2002 for $ 2.5 billion, was a company that developed and manufactured analog, digital, and mixed signal semiconductors (integrated circuits, or ICs).

What happened to Maxim Integrated?

Where is Maxim Integrated products located?

Company Description: Maxim Integrated Products, Inc. is based in Dallas, TX, USA and is part of the Semiconductor and other electronic components manufacturing industry.

What does Maxim Integrated do? 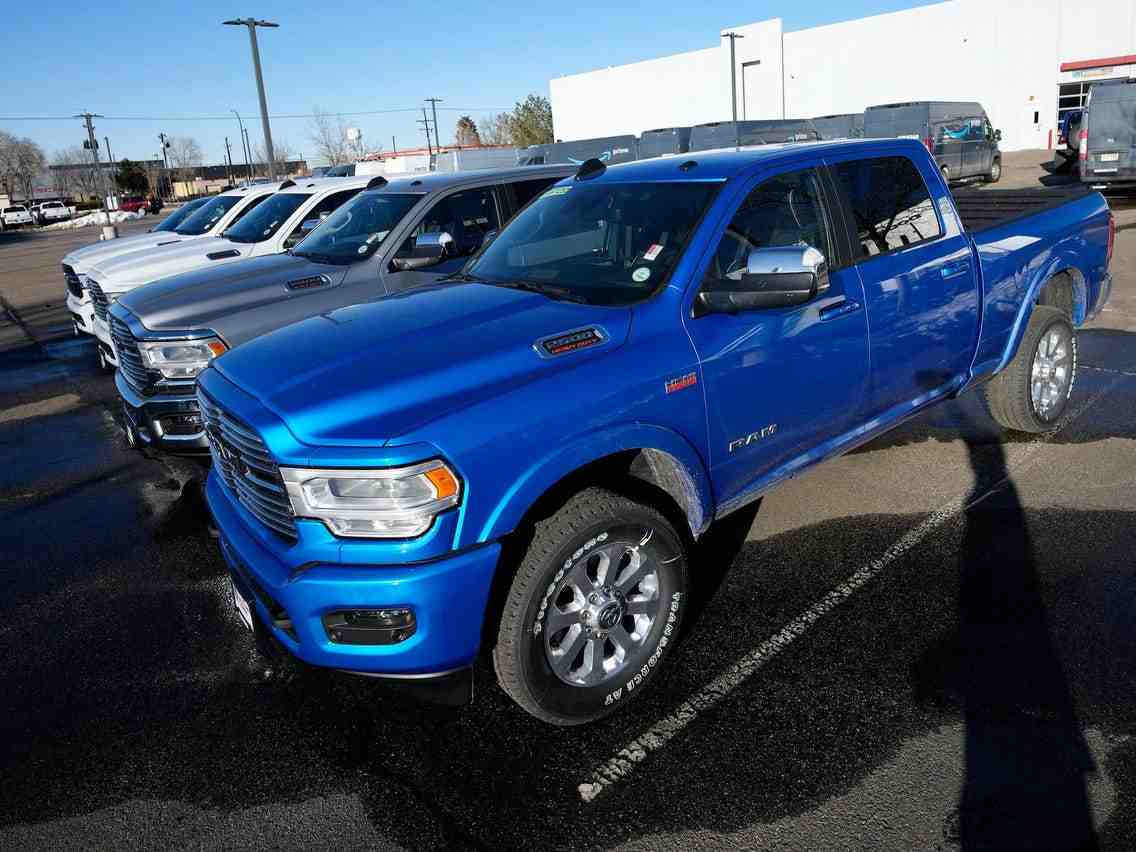 To see also :
How could Russia’s war against Ukraine be exacerbated by the lack of chips
Neon, a colorless and odorless gas, isn’t usually as exciting as it…

Where are Ford chips made?

The government of the United Kingdom is in a semiconductor…

“All chips for Ford will likely be made at the GlobalFoundries factory in Malta,” said Hogan. “Semiconductors are the brains behind an increasing number of commonly used consumer devices, from smartphones and laptops to kitchen appliances, vacuum cleaners and cars.

See the article :
Pennsylvania could see great benefits if it intervened in favor of semiconductor chip production

Which is the largest semiconductor chip maker company?

TSMC, short for Taiwan Semiconductor Manufacturing Company, is by far the world’s largest chip manufacturer. It is also the sixth most valuable company in the world with a market capitalization of over $ 600 billion, and supplies chips to Apple, Intel, and Nvidia.

Top Semiconductor Companies Worldwide 2019-2021, by Sales Revenue. In 2021, Samsung took over the market leader position in terms of global semiconductor sales with a sales volume of around 83.09 billion US dollars. Intel ranks second, generating $ 75.55 billion from semiconductor sales during 2021.

Who are the largest chip makers in the world?

What is the best semiconductor company in the world?

Who is the world’s largest semiconductor chip maker?

Who are the largest chip makers in the world?

Which country produces the most semiconductor chips?

China leads world semiconductor chip production, according to the United Nations. The electronics value chain, which includes consumer electronics and ICT, has been regionalized over the years, and China has become a major global manufacturing center for microelectronics.

Which company makes the best semiconductors?

8 best semiconductor stocks to buy due to a worldwide chip shortage:

Who is the leading semiconductor company?

Where does Micron manufacture its chips?

Micron has manufacturing footprints in the US, Taiwan, Japan and Singapore, and it operates chip packaging plants in China and Malaysia. The company’s main production base for dynamic random access memory is in Taiwan, while its most significant site for flash memory is in Singapore.

Who Makes Micron Chips? Micron Technology, Inc. is an American manufacturer of computer memory and computer data storage including dynamic random access memory, flash memory, and USB flash drive. It is headquartered in Boise, Idaho. Its consumer products are marketed under the brands Crucial and Ballistix.

Where is Micron Technology located?

Where are Micron chips manufactured?

It still has manufacturing units on its main campus for research and testing. Chips for sale are manufactured in a US plant in Virginia, and in Japan, Malaysia, Singapore, Taiwan and China. Micron also made chips in Utah until they sold their plant to Texas Instruments in October.

Is Micron a good company?

Overall, Micron is a good company. They compensate well and have great benefits. US manufacturing operations continue to transfer overseas, which is not great. If you are in a manufacturing support role, you can expect many evening meetings and late nights.

How many locations does Micron have?

Chips for sale are manufactured in a US plant in Virginia, and in Japan, Malaysia, Singapore, Taiwan and China. Micron also made chips in Utah until they sold their plant to Texas Instruments in October.

Where are Micron products manufactured?

Micron Technology is a semiconductor company that develops and manufactures memory and storage solutions. Micron products are used in automobiles, consumer electronics, communications products, servers and computers. Its Compute and Networking Business Unit generates the largest share of revenue and operating income.

Semiconductor shortages could last until 2024